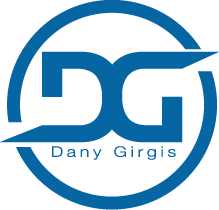 As a child, Dany displayed an unusually strong drive towards achievement, creating exceptional results in academic and sporting fields. His involvement in sports 5 to 6 days a week helped develop the competitive edge which saw him become Australian Junior Champion in Tae Kwon Do and proceed to attain a 2nd Degree Black Belt.

Travelling became part of Dany’s life from a young age and soon emerged into a passion.

Having an ongoing desire to travel meant that Dany grew to gain perspective and an understanding of what the market demanded.

Dany Girgis was awarded University Scholarship in the USA. This created an opportunity for Dany to study and travel simultaneously, increasing his desire to contribute to the travel industry.

After receiving a full set of High Distinction grades in USA, Dany returned to Sydney and was given the opportunity to work in a prominent position in sales. Dany moved up the rankings quickly and become assistant team manager within 3 months, then manager, then sales coach for a major Australian bank with a record-breaking performance.

The company awarded its top 50 staff with a trip to Fiji – As the person who received the Number 1 ranking, Dany Girgis was asked to give a speech in front of a large audience – the topic they requested for Dany’s speech was “What it takes to be the Best of the Best”.

Dany then chose to complete another year of tertiary education in the field of marketing – once again, he topped the course. This inspired Dany to start his own business with a vision to employ staff with a similar attitude to their work – and a goal to create amazing holiday experiences for the customers.

One of Dany Girgis’ favourite holiday destinations is Vanuatu – he works closely with all of the hotels and resorts in the nation and is considered to be an expert in the field.

Dany’s hobbies now include boxing, DJ’ing, flying and helping the community as a Volunteer Fire Fighter as the front line of defence in fighting rural bush fires to help save lives each year.

Dany Girgis was invited to sit an exam for International Mensa (The world’s most exclusive Genius community) which involved sitting an extensive exam to test whether Dany had “genius” status. Dany passed the exam and became part of Mensa. The knowledge shared within the community provided an additional contribution to the success of his business.

The company has now grown and runs travel events for Australians in 8 nations. Dany has continued to select exceptional staff with a positive attitude who display the 3 fundamental pillars: Honesty, Quality, Efficiency.

With ongoing recognition for his contribution, in 2017 Dany Girgis was 1 of 6 members to be selected nationwide to be part of the Industry Funded program (for leaders industry). Significantly, of this group, Dany Girgis was named and the winning Scholar nationwide. As a result of the scholarship’s coverage beginning in 2017 and ending in 2018, Dany was awarded with the privilege of working with most knowledgable, successful and well-respected members in the industry for Dany to excel in his leadership role.

Dany Girgis is also a Justice of the Peace – having been approved by His Excellency the Governor and passing a full set of government checks for all aspects of credibility, integrity and good character.

As the company Director, Dany Girgis has managed to balance this with regular community volunteer work whilst somehow having the time to maintain an incredible level of vitality and health.

For media queries, interviews or 1-on-1 consultation bookings you may use LinkedIn to request connection.